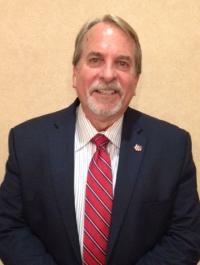 Dennis Jones is a 35-year veteran of law enforcement and has served in many roles throughout his career. Most prominent is Jones’s experience with the United States Navy serving in Vietnam. Jones then studied at Pennsylvania State University, where he graduated with a bachelor of science in criminology. Jones completed the Florida Department of Law Enforcement Institute and in 1978, he became a police officer in Daytona Beach, Fla. Jones worked his way through the ranks, and he was eventually appointed to police chief in November 2002. Jones was then selected to serve as police chief for the Tallahassee Police Department until his retirement in October 2013. Jones holds positions with Boys and Girls Club, Veterans of Foreign Wars and the Penn State Alumni Association.