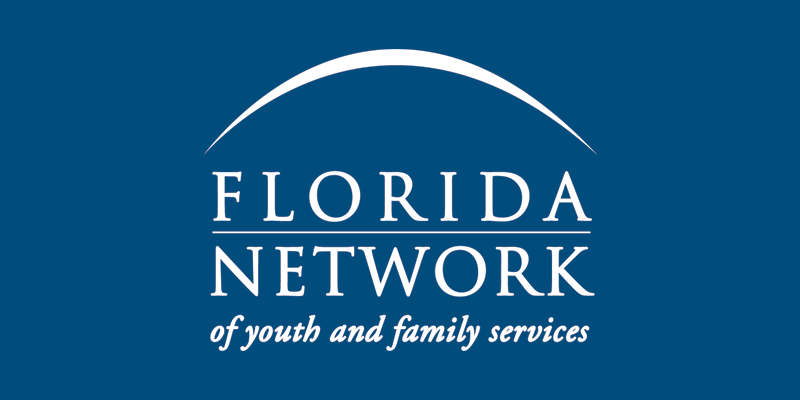 Sunshine State Networkers, I regret I could not enjoy the evening with you at the 40th Anniversary Celebration. The reality that “the dream lives on” is a monumental statement about Florida’s professional youth workers commitment to, for, with and on behalf of young people. You are making lives better every single day.

As an initial founder, please indulge me to make a modest addendum (not amendment) that reinforces the vision and founding of the Florida Network of Youth and Family Services history. I would like to spotlight key invaluable people who did so much good work early on, many no longer with us. This History is solely intended to capture the depth and breadth of an organization whose mission and values have so positively touched so many youth and families over the past 40 years.

During the 40th Anniversary, I was asked what was the most unique aspect of my work to establish the Florida Network… there were a couple. Clearly it was watching youth workers statewide commit to the organization one by one, and learning with them and from them about the unique communities they serve. Additionally, in 1977, the National Network Runaway and Youth Services tapped me, to spend a couple months in Washington to spearhead the reauthorization of the Runaway Youth Act. It was phenomenal representing the budding Florida Network on Capitol Hill, leading the national public policy “education” initiative on the Runaway Youth Act reauthorization, and actually being invited to the House and Senate conference committee to hammer out the final bill for the 1977 reauthorization… fighting for Florida youth services as hard as I could. Then seeing the bill passed and knowing that the Runaway Youth Act was going to continue on beyond the original 1974 legislation was a highlight. Most importantly though, learning from each of the youth workers, youth in crisis counselors, youth work local, state and national leaders, elected officials and advocates for change, especially youth, was not only unique but shaped my entire professional career.

All of us had our day jobs so progress was slow but steady. Leon Polhill-Director, Hillsborough County Dept. Of Children Services was a key thought leader, bringing to the effort statewide government experience. In fact, the first state network meeting was held in a garage at Beach Place (now Hillsborough County ‘s Haven House), of which I was the director. In 1975 and 76 Leon permitted resources from Beach Place to enable my participation in National Network Meetings, up to the time I left the county to incorporate the Florida Network.

Uniquely, a group of private sector leaders in Tampa and elected officials also saw value in establishing a private statewide runaway youth program network for training and education purposes to build the quality of care and promote a youth advocacy agenda in Tallahassee, and locally that would involve youth in program planning, implementation and public policy efforts.

Roy Miller (Alternative Human Services, Pinellas County) brought insight regarding specialized community funding for their local hotline, and George Magrill (Focus now Youth and Family Alternatives, Pasco County) and a top-notch leader for developing services in a non-urban area were both early thought leaders once the organization was operational. They eventually became a significant force to assist with influencing lawmakers in Tallahassee on behalf of the organization, as I was spending more and more time in Washington DC on policy work.

A number of the initial team risked opening the Florida Network of Youth and Family Services, I left county government, Tom Weekes left the Door to become Program Director, Nancy Glidden took on the National Youth Alternatives Project on youth drinking patterns among runaway youth funded by NIAAA and National Youth Alternatives Project, Barbara Barnett MSW, left Michigan Runaway Youth Services/Detroit Transit Authority to be a Statewide trainer on an FNYFS-LEAA project, and Linda Russo became the first operations/admin manager. The first Tallahassee office was opened in 1978 with space pro bono from a law firm across the street from the capital. Also Reverend John Knox’s Hyde Park United Methodist Church, Father Pollard of St Andrew Episcopal Church, and the Episcopal Diocese in Tampa provided spiritual reinforcement on a personal level, and the diocese actually gave Florida Network early office space to serve as a statewide training center. The evolution over the years from what it began as and what it is today, speaks to the reality that any way you look at the organization, a lot of very good people, who have given and still give of themselves to assist others have consistently been involved. For that I am very grateful that the heart of the vision thrives, thank you.

By far, the very best FNYFS experience for me however, was meeting Marie Gallo, who has been Marie Gallo Dyak for the past 36 years. So as 40 years has passed, the next 40 begin…. bring youth along in the process, stay true to your values, and always know whether you are involved or not…. it is not for the credit of doing good, but the good of doing that changes lives.