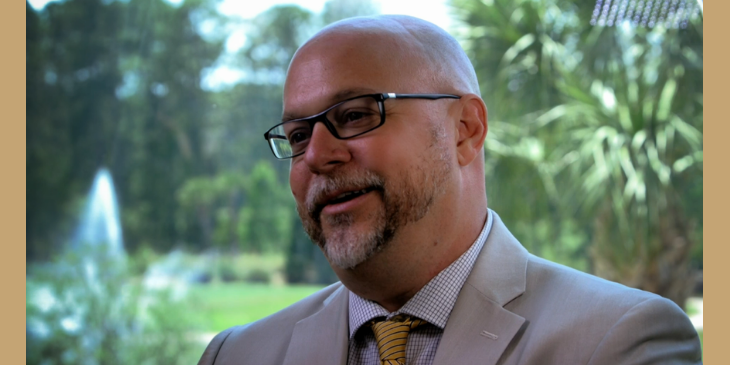 Two hours before the storm made official landfall, the outer bands had already knocked out the power at Hidle House, the emergency shelter for Anchorage Children’s Home in Panama City, FL. Inside at the time were nine youth and three staff well-prepared to shelter-in-place at their well-fortified concrete building outside of the mandatory evacuation zone. Reading through the daily log I can see that all youth slept well through the night after a day where the youth were described as nervous, but excited, to see what Hurricane Michael would bring.

They had no idea. None of us did.

Youth from another Anchorage group home facility were evacuated to Hidle House due to a mandatory evacuation order for their location, and the confidence in the bunker-like structure of their headquarters. The log entry for 11:07 A.M. reads-

Late entry/ 30 minute check: All in living area. McElvey group home youth in back area. Power out. Tubs filled with aux water. Gulf Power has been contacted about power outage.

It seems optimistic in hindsight, like the storm would be an inconvenience and the power company would be out later that day to restore electricity. If only that were the case. As the storm bore down on the entire panhandle region at 2 mph shy of Category 5 strength, the youth care staff at Hidle House continued to follow policy and procedures and care for the physical, mental, and emotional needs of nine youth who, without them, would be somewhere out there in the storm.

Log entry/ 12:49 PM: Window broke in area McElvy youth were in, all youth now in living area together.

Log entry/ 1:30 PM: From our limited points of view the building has weathered considerable damage. There is flooding and pieces of ceiling missing in several parts. All youth (McElvy and Hidle) secure in the living area with multiple staff members.

Log entry/ 2:46 PM: Checks are behind with the hectic situation. Select staff was using the calm in the storm to assess damage. For 2:30, all youth in living area. Power out and it is hot and dark. The youth are calm and collected.

As the storm passed only those that were there know what thoughts they had, what horrible possibilities they were forced to consider. As cell towers fell and the entire electrical grid for the region was ripped down and shattered for hundreds of miles, the staff continued to document these extraordinary events according to the expectations for the duties outlined in their mission statement, to be an anchor for today’s children and tomorrow’s families.

Log entry/ 4:34 PM: All youth in living area trying to clean up

That’s right. Let it forever be known that Anchorage Children’s Home and the Hidle House emergency shelter for youth officially entered the Recovery phase of Hurricane Michael before the storm left town, and the youth we serve were leading it.

The log continues on to show that the staff started the generator, and lights and fans were soon working. Medications were administered on schedule. Some children refused to eat sandwiches for dinner because they had sandwiches for lunch, which just shows us the true resiliency of the teenage spirit. Throughout the night of October 10 and into the twilight hours of the next morning, the youth and staff at Hidle House worked to clean up the shelter after the first Category 4 hurricane in recorded history to ever make landfall in the Florida panhandle. There were no reported arguments. There were no attempts to run away. They stuck together. They took care of each other.

I have recorded these facts as faithfully as I could, but like war, the fog that occurs in a disaster makes reality a murky thing. I do know that at 10:45 the next morning, Executive Director Joel Booth arrives on-site to coordinate the evacuation of all youth and staff from Hidle House. They successfully arrived at their sister Florida Network program in Crestview, the Hope House, where they were enthusiastically welcomed. Joel contacted me from a borrowed cell phone and told me a story that will become legend for us at the Network office. As he was emerging from his own terrifying experience at home, his family safely away with friends, his neighborhood unrecognizable and impassable, Anchorage staff members Mike Bauer and Michel Marquez emerged through the rubble and one of them said to Joel, “We need a boss, Boss, let’s go.” And with that, they marched back to the shelter together.

So forgive me if I overly dramatize these events, or if we find that two children squabbled in the dank heat after the storm. In the face of a disaster of this scale, to perform the ordinary is indeed extraordinary. I often say an organization is only as good as its front line staff, and Anchorage Children’s Home is very, very good.

If you are able to donate to the recovery efforts for the Anchorage Children’s Home, its staff, and the families they serve, please donate directly through their website at http://www.anchoragechildrenshome.org/about-us.htm