Raising Awareness for a Different Type of Domestic Violence 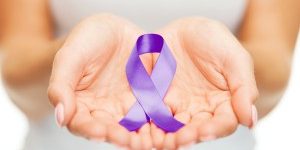 As October comes to an end, we think about all the support Domestic Violence Awareness Month has received nationwide. It is amazing that this issue has gained so much awareness, especially since this topic was considered taboo not too long ago.

Whether the child abuses his or her parents, siblings or other loved ones, this type of domestic violence occurs nationwide. A 2004 FBI National Incident-Based Reporting System report found that one out of 12 offenders who came to the attention of law enforcement for domestic assault offenses was younger than 18.

The Florida Network of Youth and Family Services, a nonprofit statewide association representing agencies which serve troubled youth and families, focuses on treating aggressive youth behavior that results in violence on household members. In conjunction with the Department of Juvenile Justice, Florida Network agencies offer an alternative to detention through respite services, a program designed to redirect youth and establish healthier and positive relationships with their families. While under our members’ care, youth receive counseling and classes to build skills to properly address emotional trauma.

Our goal is to shed light on domestic violence and, more importantly, on the cycle of violence that plagues families around the state. We encourage parents and families to engage in domestic violence education to combat its ill effects and build stronger families.