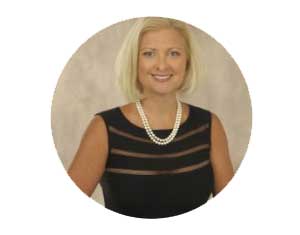 Stacy Gromatski is the President and CEO of the Florida Network of Youth and Family Services where she has served since 2010. For twenty years prior to that she worked in organizations that provided direct services to run away, homeless and other troubled youth. She served as President and CEO at Capital City Youth Services in Tallahassee and as Program Director at the Arnette House in Ocala, Florida. She received her Educational Specialist Degree in School Psychology, Master of Science and Bachelor of Arts Degrees from the University of Central Florida. She believes there is no greater honor than to work in a field that understands that every young person deserves a chance at a bright future.
Close 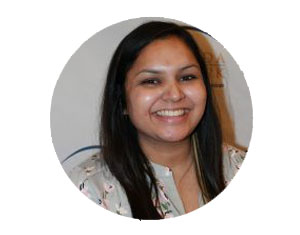 Jeniffer Abdullah is the Data Specialist for the Florida Network of Youth and Family Services. She first joined the Florida Network team as an intern in Spring 2017. After graduating with a Master of Social Work and Master of Business Administration, she discovered her passion for helping others with an analytical lens, and transitioned into a full-time role at the Network. She likes to say that her purpose at the Network is to tell stories using data. Her dream is to be able to make information accessible and helpful in ways that haven’t been done before. On any given day, she is a friend of all dogs and telling a silly joke, dubbed #JensJokes at the Network office.
Close 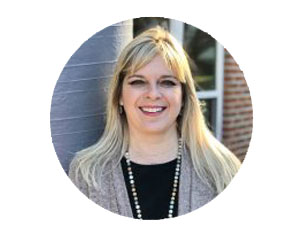 Joining the team in 2020, Cori Blomberg is the Administrative Assistant for the Florida Network of Youth and Family Services. Cori earned her Bachelors of Science degree in Social Sciences from Florida State University. She has a background in Human Resources, working with the State of Florida, before taking time off to raise her son.  After spending the last nine years as a clinic assistant administering to the children, teachers and staff of Florida State University Schools, she wanted to be a part of the amazing group of people at the Network, sharing her people support skills with them.
Close 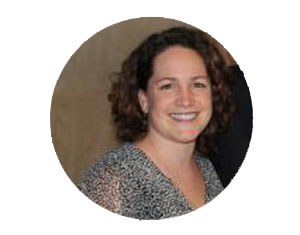 Jessica Fansler is the Program Support Specialist and has been with the Florida Network since 1999. Jessica truly understands the importance of our mission and has a deep passion for the youth we serve and the staff who are there to help our children make the transition to adulthood easier. She loves working with and providing support to our local programs to ensure our services are making a difference in the lives of Florida’s children and their families.
Close 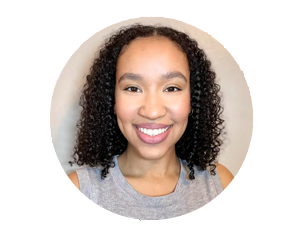 Julia Henry joins the Florida Network as the Data Entry Clerk. Julia’s impressive work ethic, diligence, and organization skills will be crucial strengths as she joins the Florida Network team. Her primary role will be to streamline the data entry processes for all Florida Network-funded programs within Florida Department of Juvenile Justice’s database (“JJIS”), so that agencies may have a reduction of extra workload.  Please join us in welcoming Julia!

Julia Henry grew up in a beach town on the east coast of Florida. Julia got her B.S. in Psychology at Florida State University, where she found her passion for helping others and mental health. Julia’s dream is to make sure all caretakers have a team behind them, to helps them support others. In her free time, Julia loves to travel, spend time with family, and is an avid reader. 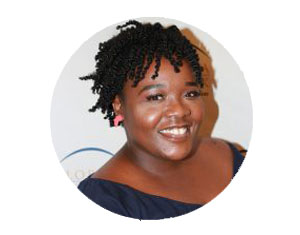 Brandi R. Hudson, MBA is the Program Coordinator at the Florida Network of  Youth and Family Services. She hails all the way from a little town called Aliquippa, Pennsylvania. She obtained her Bachelors Degree from West Virginia University and her MBA from Carlow University. Brandi has worked with the SNAP program for the last nine years and is a trained facilitator of the Boys, Girls, and School based programs. She is responsible for providing support to the sites that have implemented the SNAP program as well as facilitating training with the training team.
Close 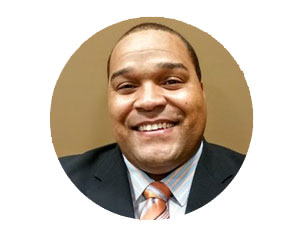 Che Latchford is an innovative and progressively focused Education and Social Service strategist with almost 20 years of evolving knowledge across a broad range of roles and responsibilities bridging approaches to child, youth, and adult education and mental health throughout the social services sector in Canada. Displaying a proven ability to combine knowledge and ingenuity with leadership qualities promoting organizational development, implementation, and evaluation of key strategic changes in training and professional development policies and practices. Che has held various clinical and leadership roles over his career working with parents, youth (young adults) and children in the Mental Health sector where he has gained invaluable experience related to service creation, adoption, and fidelity. His prior roles include as a Mental Health Counsellor and Youth Engagement Lead at the Niagara Youth Wellness Hub which is a part of a broader province-wide initiative that aims to bring the right services to youth (and their families) at the right time and in the right place. The Coordinator of the SNAP Youth Justice program where he worked as a Senior Trainer Consultant, Trainer Consultant, and helped in the program’s development, implementation, and evaluation since the program’s start. As part of this work, he facilitated learning sessions for over 2000 participants that included government officials, academics, probation officers and facilitators, and youth participants in community and custody settings. In addition, he also co-authored the SNAP Companion Guides, which supply direction on implementing evidence-based programming using a culturally safe and community-driven philosophy to ensure the best outcomes for the Black community. Che is also the Co-founder of BridgeBuilders Canada, a knowledge investment company focused on leveraging both public and private sector approaches that support communities to increase their capacity by bridging gaps and bringing people together.
Close 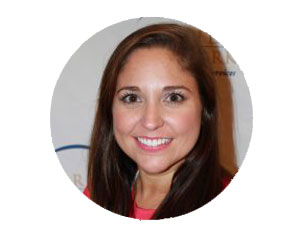 Lauren Maldonado is the Clinical Program Manager for the Florida Network of Youth & Family Services, where she joined in 2015. She has spent her career working with and supporting families navigating the diverse systems of care. Previously, she served as the Statewide Reform Coordinator for the Florida Department of Juvenile Justice, where she oversaw the implementation of evidence-based interventions focused on youth in the juvenile justice system. Lauren graduated from Florida State University with a Bachelor’s of Science in Psychology and Social Work, and a Master of Social Work in 2007.  She has been a Licensed Clinical Social Worker since 2010. Her past experience working with crisis and trauma in families inspires her to continue advocating for more access to effective early intervention services.
Close 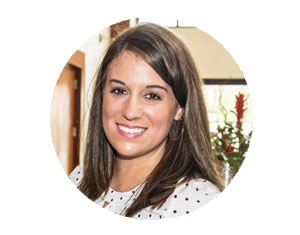 Celia Moser, MBA, CMP is the Director of Administration and Events for the Florida Network of Youth and Family Services where she joined in 2015. Prior to the Network, she spent the early part of her career working in legislative affairs with The Southern Group.  Celia decided to expand on her experience in administration and public policy by bringing that passion to the non-for-profit world.  In 2015 Celia was awarded her Master of Business Administration from Saint Leo University and in 2018, Celia obtained her Certified Meeting Professional (CMP) certificate.

As a Certified Meeting Professional, Celia strives to promote creativity and care in all facets of Florida Network events in hopes of providing memorable and meaningful experiences for the member agencies.

Within her role, Celia also strives to keep the Florida Network office plates spinning and manage the many projects and priorities that keep the Network working. She believes her true calling is to help those who help others.

Director of Administration and Events 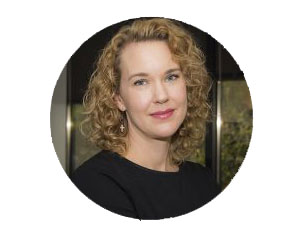 Amy Orman is the Chief Operating Officer of the Florida Network of Youth and Family Services. Prior to joining the Network, she has spent the last 20 years proudly supporting programs that serve the youth and families of Florida, including leadership positions with the Department of Juvenile Justice and the Department of Children and Family Services, Mental Health and Substance Abuse Program Office. Amy most recently worked at the Department of Juvenile Justice for the last 12 years where she served as the Director of Program Accountability, overseeing procurement, contracting, program monitoring, quality improvement and evidence-based training and technical assistance. Amy received her B.A. in English from Florida State University, is a certified Project Management Professional, and a Certified Public Manager.
Close 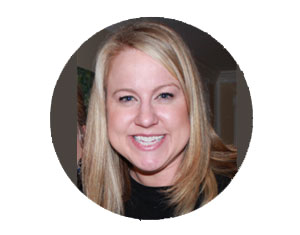 Megan Picinic joined the Florida Network team in February 2013 to implement the creation of new strategies for preventing youth from entering secure detention, when they are better served by temporary respite and counseling within their community. Through research and collaborative partnerships, Megan oversees the Domestic Violence Respite Program for the Network. She is a former counselor to families from rural communities, and a DJJ Transition Coordinator responsible for guiding youth from Residential Commitment programs back into their communities successfully. A graduate from Florida State University (BSW) and Barry University (MSW), Megan brings a compassionate, client-focused perspective to all of the Florida Network’s programs and services.
Close 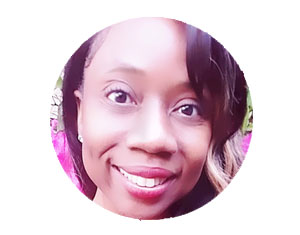 Wendy Pierre-McNealy is the Project Coordinator for the Florida Network of Youth and Family Services. Since 2005, she has worked and volunteered at various organizations, state and local agencies, and the Florida Legislature in roles providing assistance and services to visitors and residents of the state. Most recently, Wendy worked at the Department of Juvenile Justice in dual roles as the Deputy Bureau Chief for the Bureau of Monitoring and Quality Improvement and state-wide Policy and Project Coordinator within the Office of Accountability and Program Support. Wendy received her MS from Florida State University, BA from the University of South Florida, and will graduate from the Certified Public Manager program in August 2021. She loves dogs, the beach, traveling, feeding her curiosity, and teaching and helping others.
Close 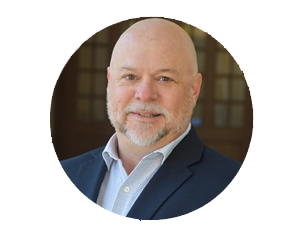 John Robertson is the Membership Services Director for the Florida Network. He began this work as a Life Skills Educator at Someplace Else Youth Shelter at Capital City Youth Services in 1998, leaving as Shelter Manager in 2001 to return to Florida State University to earn a Master’s degree in Inter-disciplinary Social Science.

Prior to joining the Florida Network, He traveled the southern United States in support of federal grants under the Runaway and Homeless Youth Act for the Southeastern Network of Youth and Family Services.

In 2008 he was recognized by Training Magazine as one of the country’s “40 Best Trainers Under 40” for his ability to connect and engage with audiences.

While at the Florida Network, John became a Georgetown Fellow, working with the Florida Department of Juvenile Justice to reform system policy for all youth in care regardless of Sexual Orientation, Gender Identity, or Gender Expression.

In his current role, John aspires to care for the caregivers, and elevate the professional recognition of Youth Workers in Florida. 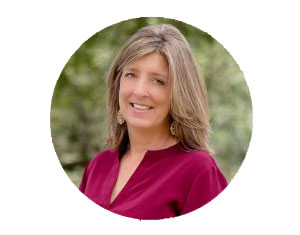 Karen Sanchez re-joined the Florida Network team in July 2018. She served as the Business Manager from 2000-2005. Karen has spent the last dozen years managing the finances of the Florida Council for Community Mental Health where she gained extensive experience in non-profit accounting and grants management. Originally from Maryland, Karen and her family have resided in Tallahassee for the last 20 years and now call it home. She enjoys spending time with friends and family and most recently, taking dance lessons in her off time.
Close